Jetlag has definitely set in and I woke up at 3.30 in the morning unable to sleep any further. But I chose to make the most of the day by getting up, taking a shower and then descending on the kitchen in search of much needed coffee. Thus armed with a steaming hot cup of freshly brewed Vietnamese coffee and my laptop, I sat on the rooftop terrace and watched the sun come up as Saigon bustled to life with a cacophony of unfamiliar noises and smells. I must say that the skies here are absolutely phenomenal and though I am aware of being in a busy metropolis, the skies seem to stretch forever over the highrises and offer up such beautiful colors, that I can’t stop taking pictures of it.

Around 6 am I was starving but a little hesitant about where to go. The streets are lined with streetfood vendors, but I had no idea where to start or what to order..most of the locals here don’t speak English and though they are friendly and happy to gesture wildly at you, communication is a real challenge.

Also I discovered on my first day, that I cannot cross the big streets here! Seriously…there are no lights, no order and a trillion scooters and cars. I saw the locals cross the street, by essentially just walking straight into traffic, in what seemed like a a leap of blind faith that people would stop for them. I tried this strategy a few times and ended up paralyzed in fear about halfway across, having to run back, squealing like a child. So I resigned myself to the fact, that by foot I would only be exploring the alleyways around Christina’s and exclusively the left side of the big roads surrounding them.

So I wandered around the alleyways in search of breakfast and found one alley that had various open air restaurants filled with locals eating what seemed to be some sort of soup. On spits facing the street, piglets were roasting under the attentive supervision of young men that were dousing them with some sort of water or oil? It smelled great, but still a little shy I decided to head back to Christina’s and ask one of the girls in the lobby for advice on where to eat. This later turned out to be a VERY wise decision! But I’ll get back to that.

Finally after receiving directions I ended up in a little restaurant called Quýnh. Where I ordered the seafood egg noodle soup. It was really good! The broth was full of flavor and with a generous portion of shrimp, octopus and herbs the dish was very filling and luckily not too salty. And at 3 dollars also really great value!

Now, one aspect of traveling solo is that you eat many meals alone! I found that quite challenging in the beginning, but I have begun to enjoy it. Eating alone affords me, among other things, the opportunity to people-watch discreetly and undisturbed, one of my favorite pastimes. 🙂

Thus full and happy I set off for the War Remnants Museum in District 3 not far from my place. I opted to order a car through Uber, as I must shamefully admit I have limited scooter experience and the traffic in Saigon scared the sh*t out of me! Ordering the Uber was a piece of cake and though the driver didn’t speak English he was friendly and knew exactly where we were going. 12 minutes drive cost 22 000 Dong (yes, that’s what they’re called *giggle*) which is roughly 1 dollar. Yay!

In a future post I will describe the museum and my visit there as it was a very emotional experience.

http://hutieuquynh.com (the site is under construction, but hopefully will be up and running soon) 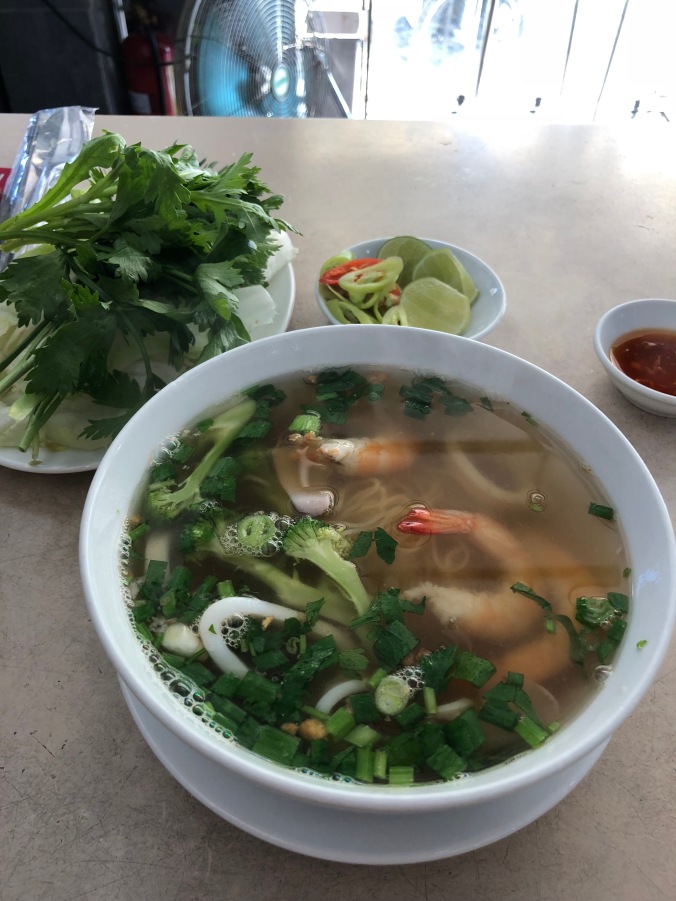 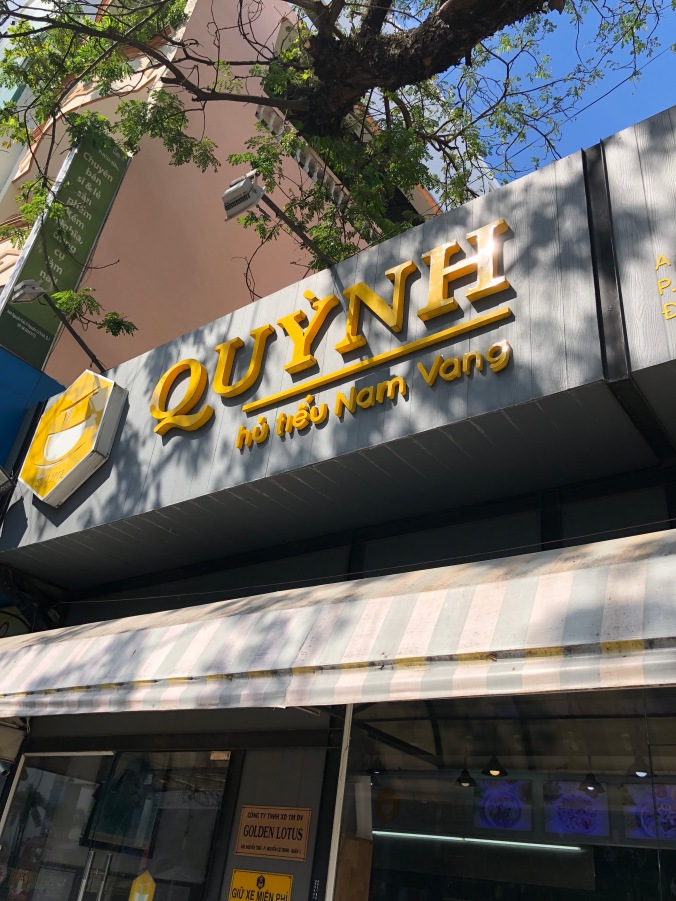 2 thoughts on “Traffic and noodle soup”

This site uses Akismet to reduce spam. Learn how your comment data is processed.